Several years ago I took a rambling tour of the Low Country, promenading through Savannah’s gracious moss-draped oaks and Charleston’s honeysuckle-scented gardens. I remember two things best about that trip: that my boyfriend asked me to marry him by the fountain in Forsyth Park (I said yes, and did) and that proper Southern cooking can be positively transcendent. Not of the same import, these two things, but there you have it.

As far as frying’s concerned (oh, those feather-light oysters we had!) I now know the Southern secret of working in small batches and keeping a close eye on the temperature. (If the heat’s too low, you’ll wind up with the greasy, leaden dreck I usually associate with fried foods.) Unripened, firm green tomatoes are a traditional and terrific application for frying, and this recipe yields a cormeal-crisp crust with plenty of tender and sweet-tart (almost citrusy) green tomato flavor. Serve a stack with a green salad as a starter or light lunch, or really gild the lily with buttermilk dressing, crisp bacon and toast for a ridiculously delicious BLT.

Preheat the oven to 200 degrees. In a shallow pan (pie plates work well) or pasta bowl, combine the cornmeal, flour, salt, pepper and cayenne. Whisk or stir to combine. In a separate bowl, beat the egg; add the buttermilk and beat to combine.

In a cast iron or other heavy skillet, heat the oil to 360 degrees. Dredge a tomato slice in the buttermilk mixture and then into the cornmeal mixture, pressing lightly so the coating adheres. (Use one hand for the buttermilk and the other for the flour to keep things relatively tidy.) Repeat with the remaining slices, transferring the prepped tomatoes to a wire rack set over a baking sheet. Line a second sheet with paper towels.

With tongs, slide a few of the tomatoes into the hot oil (it will bubble up – you’re frying!), no more than four at a time to keep the temperature from lowering. (If you’re nervous, try one slice by itself as a warm-up.) Cook for two minutes; turn the tomatoes over and cook for about two minutes more, until the breading is nicely browned and crisp. Transfer the cooked tomatoes to the paper towel-lined baking sheet; blot with another paper towel and keep warm in the oven. When ready to serve, stack a few tomato slices on each plate and serve warm with a little buttermilk dressing and a salad, if desired.

Note: if you don’t have a candy thermometer, you can test the oil temperature by the Joy of Cooking method. Drop a cube of bread about an inch thick into the oil, and if it browns within one minute, the temperature should be around 365 degrees. This probably goes without saying, but don’t leave your frying pan unattended, as oil will burn at 400 degrees and catch fire at 500. 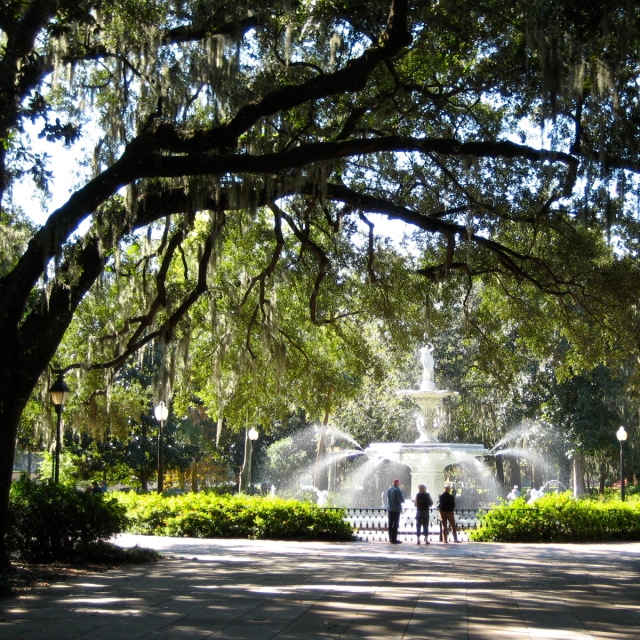